Coins from the Gupta kingdom 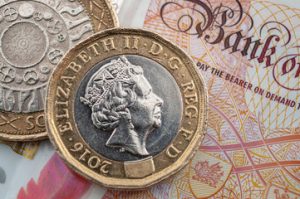 The fantastic gold coin from Guptas, with its many types and endless varieties and its inscriptions in Sanskrit, are the finest examples of pure Indian art we have. Their era begins around 320 with the connection to Chandragupta I. Son of Chandragupta I-Samudragupta, the true founder of the Gupta Empire had only gold coins. There were seven different coin variants that appeared during his reign. Among them, the archery type is the most common and characteristic type of Gupta dynasty coin, which was characterized by at least eight consecutive kings and was a standard type in the kingdom.

Gupta’s silver currency begins with the overthrow of the western satraps of Chandragupta II. Kumaragupta and Skandagupta continued with the old coin type (Garuda and Peacock types) and also introduced other new types. Copper money was mostly limited to the time of the Chandragupta II and had a more original design. Eight of the nine types known to have struck have a figure of Garuda and the king’s name on it. The gradual deterioration of the design and execution of gold coins and the disappearance of the silver currency clearly testify to their limited territory. The share of gold in Indian coins during the reign of the Gupta rulers has shown a steady economic decline over the centuries and fell from 90% pure gold under Chandragupta I (319-335) to only 75-80% during Skandagupta.

During the Indo-Cytic period, which period begins 200 BC. to 400 CE, a new type of coin from two dynasties was very popular in circulation in different parts of what was then India and in parts of central and northern South Asia (Sogdiana, Bactria, Arachosia, Gandhara, Sind, Kashmir, Punjab, Haryana, Rajasthan, Uttar Pradesh and Bihar) These dynasties were Saka and Pahlavas. After the conquest of Bactria by Sakas 135 before our time, there must have been significant relations, sometimes friendly, sometimes hostile, between them and the parties that occupied the neighboring area.

Maues, whose coin is only found in Punjab, was the first king of what can be called the group of Azes princes. His money is not plentiful; the thinnest type is the one with a “biga” (two-horse-drawn carriage) on the front, and to this type belongs a square hemidrakma, the only known square piece of silver. His most common copper coin, with an elephant head on the front and a “Caduceus” (god Hermes staff) on the back, is imitated from a round copper coin by Demetrius. On another square copper coin from Maues, the king is depicted on horseback. This striking device is characteristic of both Saka and Pahlava coins; it first appears in a slightly different form on the coins of the Indo-Greek hippos; The Gupta kings adopted it for their type of “rider”, and it reappears in medieval India on coins from many Hindu kingdoms and was even used by Muhammad’s invaders until the 14th century AD.